The Broken Jug (first staged in 1808, published in 1811), a multifaceted comedy and one of the best known plays by Heinrich von Kleist, is considered a canonical work of German romanticism.

Kleist wrote The Broken Jug soon after the two famous Slovenian comedies by Linhart gave birth to our modern theatre. Similarly, The Broken Jug revolves around the disclosure of unchaste erotic agenda of a man holding a social position of power. Or rather, in the case of Tulpenheim and Micka by Linhart, he only pretends to hold one. This goes to show that men of influence and distinction who desire physical intimacy with pretty young girls of lower classes against their will were notorious in the world of comedy long before the scandals that shocked Hollywood last year erupted. However, in The Broken Jug, the victim of judge Adam’s lust is not the young Eve, but her mother, whose jug was broken by the judge during his nightly romp. What distinguishes Kleist’s comedy is a clever twist according to which the village judge is to detect and condemn the person who committed the act, while the viewer from the very beginning understands that the perpetrator is the judge himself. And given that the character at stake is a »devil’s advocate«, it is the word play that helps judge Adam elude the truth, along with his relentless attempts to evade it despite the ruthless facts, that represents the main attraction of the play. Despite the fact that the perpetrator’s (i.e. Kleist’s) verbal skills fail to prevent the ultimate disclosure, the victim of his deeds finds no solace and will have to seek justice at a higher court. This is what makes the comedy so relevant for today’s world in an entirely concrete and socially realist way.

What you see in front of you is shards,
the most beautiful jug has been broken in two.
There used to be a painting here,
where now a void and emptiness gape …

What is now a pile shards, used to be a clay jar with a painting on it. The painting depicted a story – the history of the Netherlands. Where there used to be a story-history, there is now but a hollow void, nothingness, no-thing. All that is left of Charles V are the legs, and of Philip of Spain, only the butt remains. A metaphor of our shattered places and our shattered time following the the end of history. Of shattered heroes of a shattered society.
Judge Adam is hardly a hero of History. He is, however, definitely a hero of our time. In a short period of time, he manages to commit almost any instance of foul play: evading responsibility, lying, forging documents, extortion, withholding evidence, urging people by threats and bribery to testify falsely, sexual harassment, evading prosecution etc.
At a first glance, this theatre gag puts together broken pieces of testimonies into a story that touches the deepest human impulses – the protagonists are constantly and tragicomically hanging over the edge of the precipice of nothingness, whether they are to blame for it or not.
Kleist was inspired by a certain painting or a copper engraving. He was challenged by tiny psychological details on an old engraving depicting a dramatic moment of a court trial somewhere in the rural Netherlands. On the basis of these details –psychological shards – he developed a story, which is a study of complex and complicated human nature, condemned to alternate between the good and the bad, a story of the abuse of power and authority, a story of greed, lust, damnation to life in the grip of banality and of banal usurpers of power and authority.
I have a feeling our task consists of awakening the story of the painting which was shattered into two versions by Kleist – the shards of its ending. What are we to do now, when instead of paintings depicting a complexity of human nature, we find nothing but a gaping »void and emptiness«? 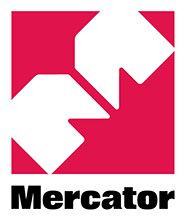